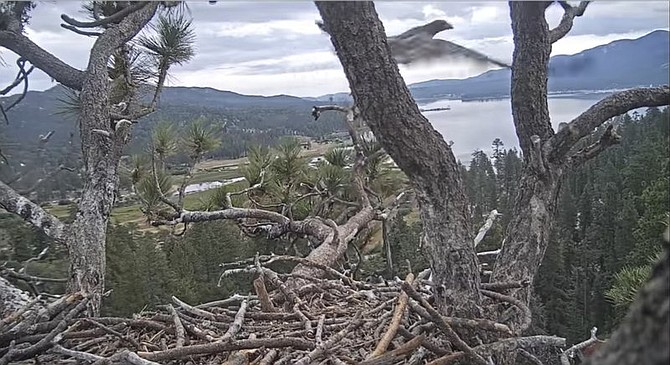 A young bald eagle that the public watched hatch online in a Southern California mountain nest has finally made its first flight.