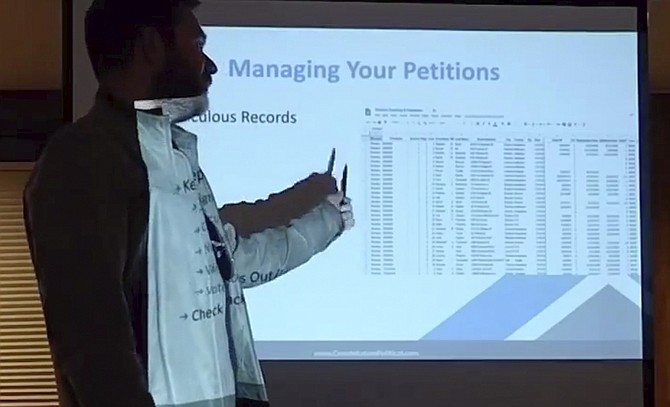 In this frame grab of an April 11, 2019, video provided by Ben Engen of Denver-based Constellation Political Consulting, Engen, a Republican consultant, conducts a training session on how to organize and execute recall campaigns against elected Democratic lawmakers for a group of GOP activists in Buena Vista, Colo. Once reserved for corrupt or inept elected officials, recall campaigns have become a political weapon for Republicans who are trying to undo their losses to Democrats in statewide regular elections. (Constellation Political Consulting via AP)

In some states, GOP sees the recall as its way back to power

Republicans frustrated by losing their grip on political power in some Western states have begun deploying a new weapon: the recall.