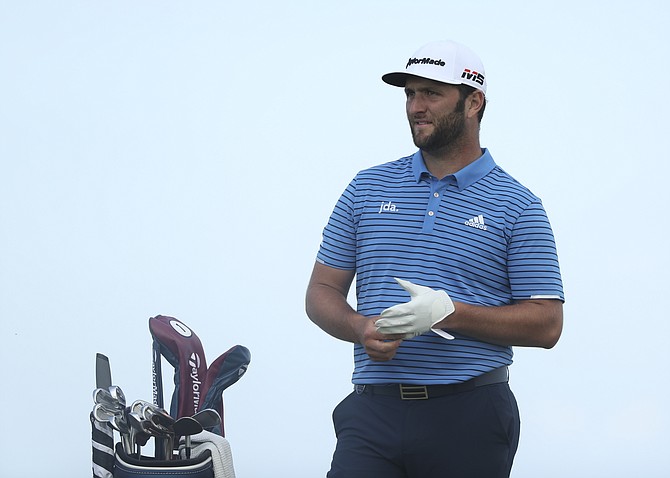 Spain’s Jon Rahm waits to play off the 6th tee during a practice round ahead of the start of the British Open championships at Royal Portrush in Northern Ireland, Tuesday, July 16, 2019. The British Open starts Thursday. (Jon Super/AP)

There’s something about playing golf on the island of Ireland that brings out the best in Jon Rahm.