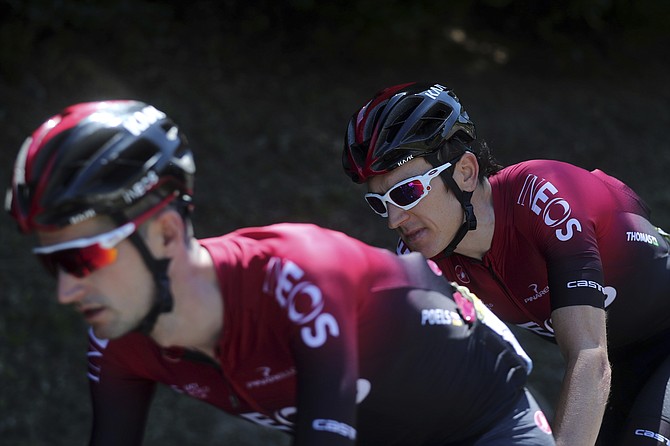 Britain’s Geraint Thomas, right, and Netherlands’ Wout Poels ride during the fifth stage of the Tour de France over 175.5 kilometers (109 miles) with start in Saint-Die-Des-Vosges and finish in Colmar, Wednesday, July 10, 2019. (Thibault Camus/AP)

With four-time winner Chris Froome out, nursing broken bones, two of the big questions at this Tour de France have been whether other contenders who’ve long ridden in his shadow will now be more willing to attack and who, on his team, will fill the vacuum left by the British rider’s absence.