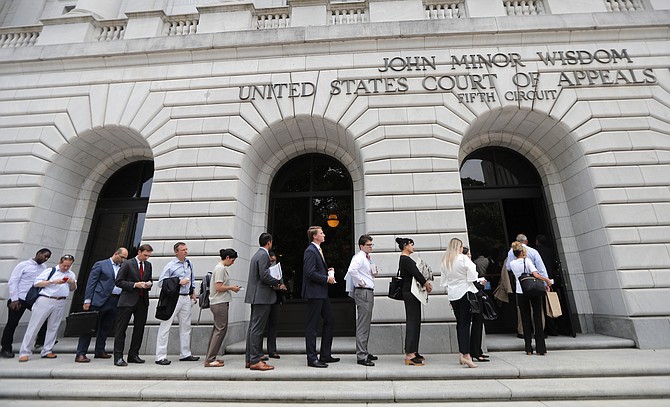 People wait in line to enter the 5th Circuit Court of Appeals to sit in overflow rooms to hear arguments in New Orleans, Tuesday, July 9, 2019. The appeals court will hear arguments today on whether Congress effectively invalidated former President Barack Obama's entire signature health care law when it zeroed out the tax imposed on those who chose not to buy insurance. A Texas judge in December ruled it was invalid, setting off an appeal by states who support the law. (Gerald Herbert/AP)

With health insurance availability for millions of Americans on the line, supporters of President Barack Obama's signature health care law asked a federal appeals court Tuesday to conclude that the law is still valid even though Congress eliminated a tax it imposed on people who don't buy insurance.