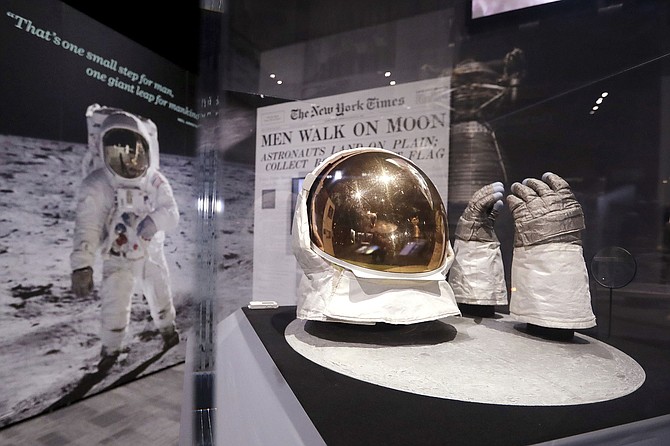 Buzz Aldrin’s outer visor and gloves worn while walking on the moon are displayed near a photo of Aldrin on April 11 at “Destination Moon: The Apollo 11 Mission” exhibit at the Museum of Flight in Seattle. The exhibit celebrates the 50th anniversary of the U.S. manned moon landing on July 20, 1969. (Elaine Thompson/AP)

You can run a race, hit a museum, shoot off a rocket or count down to the moment 50 years ago that Neil Armstrong first stepped foot on the moon.