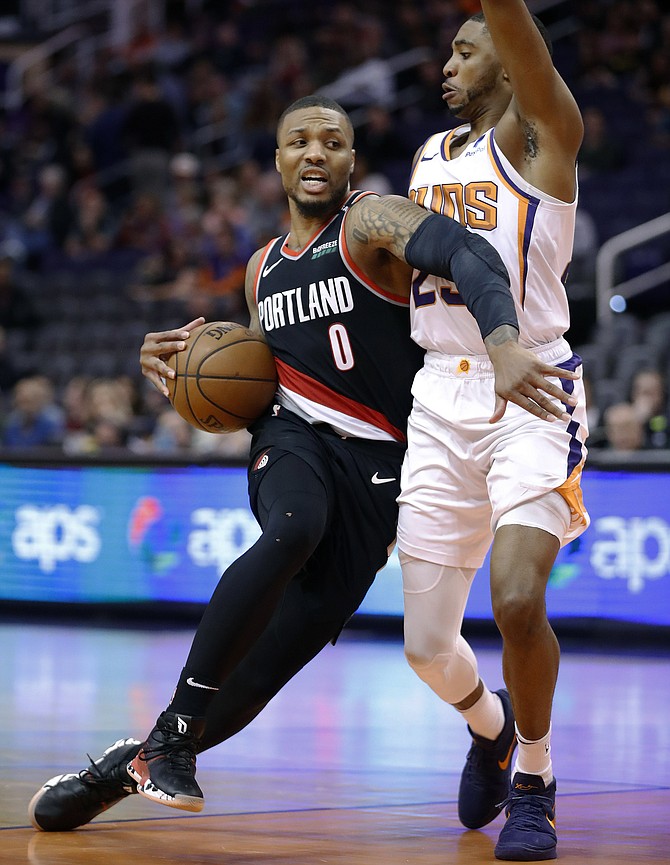 PHOENIX — It took a while, but the Portland Trail Blazers finally did what they were supposed to do with the depleted Phoenix Suns. Damian Lillard scored 24 points, CJ McCollum and Jake Layman added 20 apiece and the Trail Blazers pulled away in the second half to hand the Suns their sixth straight loss, 120-106 on Thursday night.