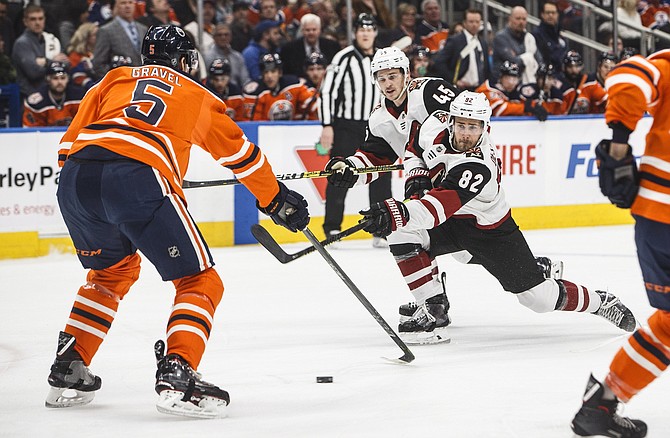 EDMONTON, Alberta — Conor Garland scored a pair of power-play goals, including one that went in off his face and left him bloodied, as the Arizona Coyotes defeated the Edmonton Oilers 3-2 Saturday night.