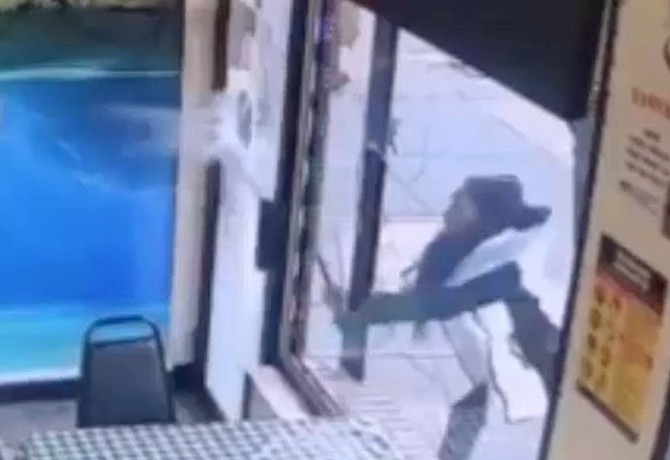 In this surveillance video, a woman smashes the windows of "Back Home Restaurant" in the Bronx borough of New York. Police say that she became upset after ordering a beef patty and was told that the restaurant had run out of them. She returned with a bat and smashed two windows. (New York City Police Department via AP)

A woman who couldn’t get a beef patty at a favorite New York eatery used a baseball bat in protest.