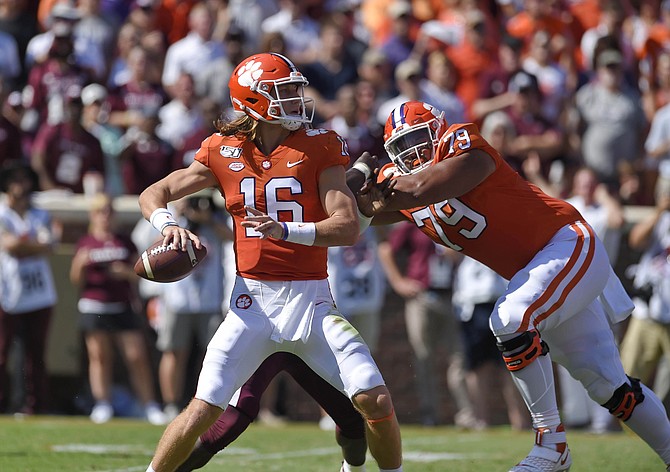 This Sept. 7, 2019, file photo shows Clemson quarterback Trevor Lawrence dropping back to pass with blocking help from Jackson Carman (79) during the second half of an NCAA college football game in Clemson, S.C. Carman is one of the few recent five-star recruits from Ohio who didn't end up at Ohio State. Now the two schools meet in the CFP semifinals, where Carman will be matched up against Ohio State's star defensive lineman Chase Young. (Richard Shiro/AP, file)

Jackson Carman had a few good options when deciding where to play college football, including Ohio State.