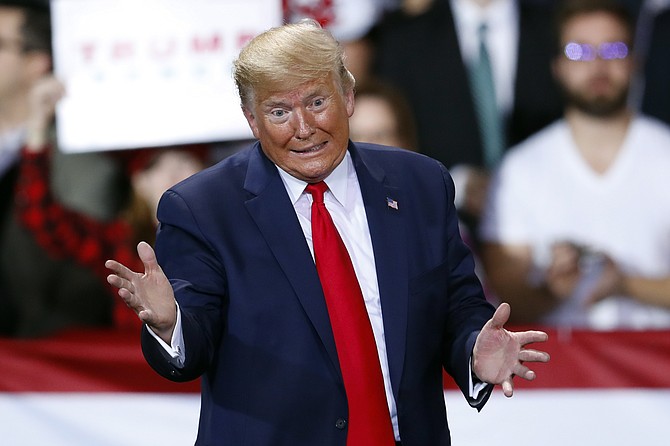 In this Dec. 18, 2019, photo, President Donald Trump speaks at a campaign rally in Battle Creek, Mich. Using stark “Us versus Them” language, Trump and his campaign are trying to frame impeachment not as judgment on his conduct but as a culture war referendum on him and his supporters, aiming to motivate his base heading into an election year (AP Photo/Paul Sancya)

Trump lashes out as impeachment trial stuck in limbo

President Donald Trump lashed out Tuesday as his Senate impeachment trial remains at an impasse, with Republican and Democratic leaders at odds over its format and whether witnesses should be called.