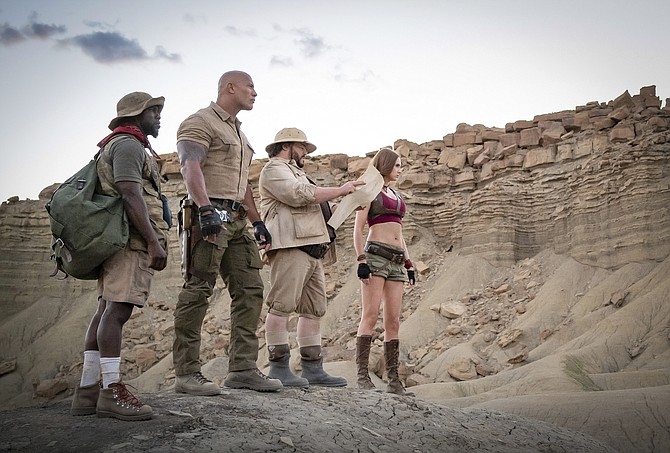 This image released by Sony shows Kevin Hart, from left, Dwayne Johnson, Jack Black and Karen Gillan in a scene from "Jumanji: The Next Level." (Hiram Garcia/Sony via AP)

Review: New ‘Jumanji’ sticks with the formula and just adds

The creators of the latest “Jumanji” sequel have begun from an age-old premise — if it ain’t broke, don’t fix it.