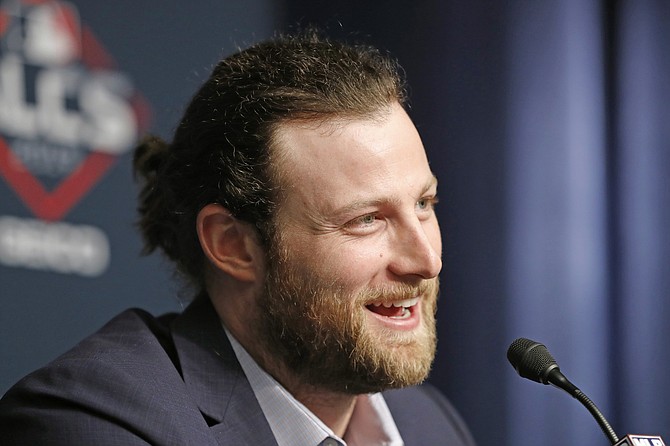 In this Oct. 14, 2019, photo, Houston Astros starting pitcher Gerrit Cole talks to the media at Yankee Stadium in New York, on an off day during the American League Championship Series between the Astros and the New York Yankees. (Kathy Willens/AP, file)