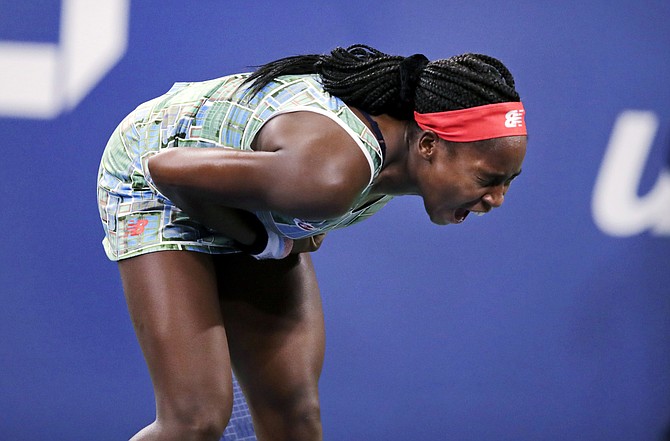 Coco Gauff, of the United States, celebrates after defeating Timea Babos, of Hungary, during the second round of the U.S. Open in New York, Thursday, Aug. 29, 2019. (Charles Krupa/AP)

Coco Gauff pumping her fists and screaming “Come on!” to celebrate a Grand Slam victory is already becoming a regular occurrence. At just 15, she’s now the youngest player to reach the U.S. Open’s third round since 1996, quickly proving her captivating run to Week 2 at Wimbledon was no fluke.