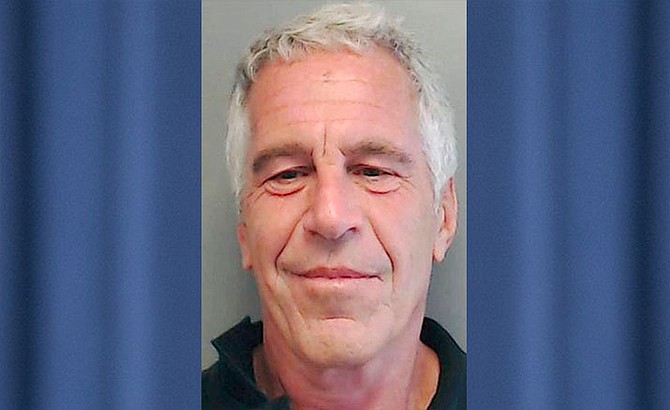 FILE - This July 25, 2013, file image provided by the Florida Department of Law Enforcement shows financier Jeffrey Epstein. Officials say the FBI and U.S. Inspector General's office will investigate how Epstein died in an apparent suicide, while the probe into sexual abuse allegations against the well-connected financier remains ongoing. A person familiar with the matter says Epstein, accused of orchestrating a sex-trafficking ring and sexually abusing dozens of underage girls, had been taken off suicide watch before he killed himself Saturday, Aug. 10, 2019, in a New York jail. (Florida Department of Law Enforcement via AP, File)

The warden at the federal jail where Jeffrey Epstein took his own life over the weekend was removed Tuesday and two guards who were supposed to be watching the financier were placed on leave while federal authorities investigate the death.