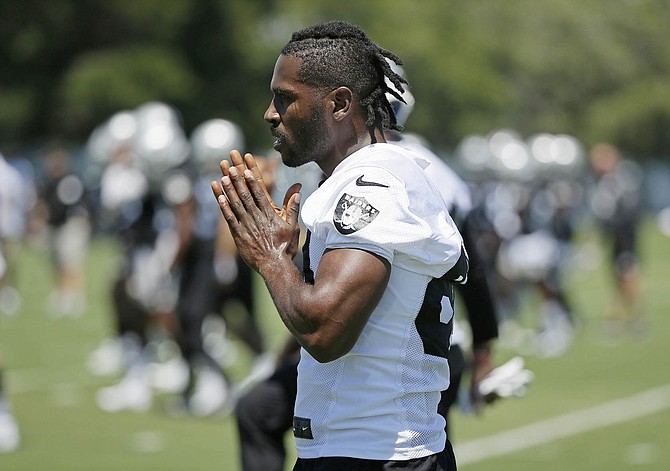 FILE - In this June 11, 2019, file photo, Oakland Raiders wide receiver Antonio Brown is shown during an NFL football minicamp in Alameda, Calif. The Raiders and their big personalities like Antonio Brown and Richie Incognito are ready to be stars on HBO’s “Hard Knocks.” (Eric Risberg/AP, File)

Oakland Raiders receiver Antonio Brown lost his grievance with the NFL on Monday over his use of an old helmet that is no longer certified as safe to use for practice or play.