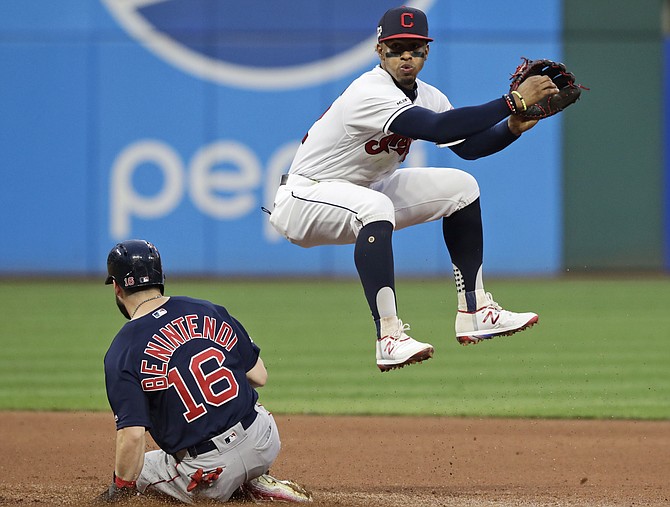 Cleveland Indians’ Francisco Lindor, right, looks to first base after getting out Boston Red Sox’s Andrew Benintendi, left, at second base in the fourth inning of a baseball game, Monday, Aug. 12, 2019, in Cleveland. Christian Vazquez was out at first base for a double play. (Tony Dejak/AP)

The comeback’s complete. Four months later, the Indians are again atop the AL Central.