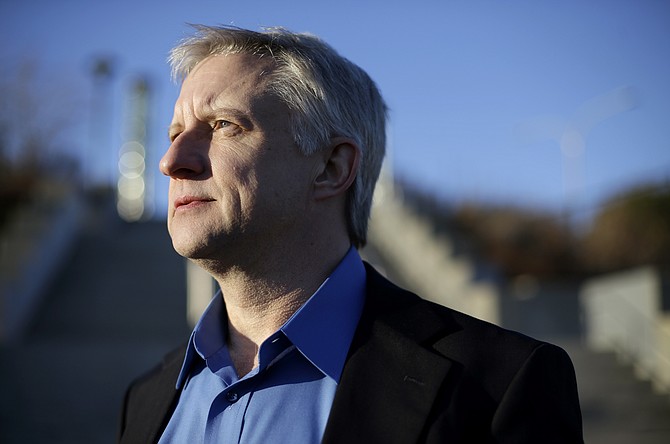 In this April 1, 2019 photo Ken White, of Providence, R.I. stands for a photograph at a park, in Providence, R.I. White was laid off from his job in 2009 after 22 years as a data center manager for a company in Omaha. He made a good salary and had bonuses, and received a severance package he was able to live off for many months until he found a job as a contract worker with a consulting firm in Providence. He now makes 70 percent of his old salary, and no bonuses. (AP Photo/Steven Senne)

Why many employees feel devalued even in booming job market

For more than two decades, Ken White worked at a credit card processor. It was a good job, but it fell victim to the Great Recession.