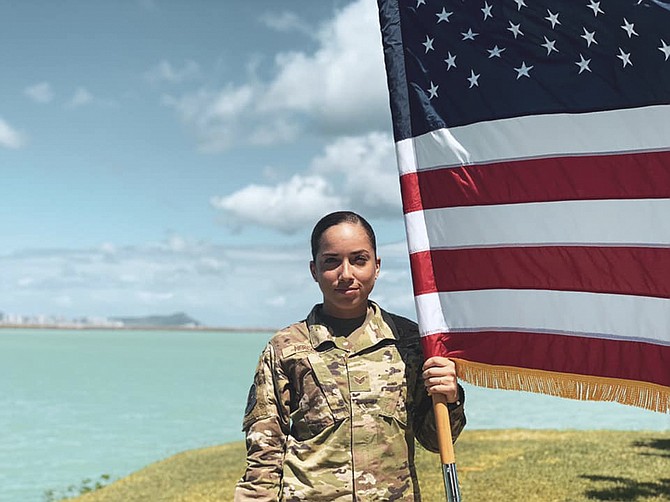 In this June 2019, photo, U.S. Air Force Senior Airman Xiara Mercado stands at Pearl Harbor, Hawaii. A Facebook post by Mercado, of Puerto Rico, drew wide attention when she described a recent encounter at a Honolulu Starbucks with a woman who complained about her talking in Spanish on the phone. Mercado wouldn't comment on recent anti-Latino violence that has terrified many Hispanics, but insisted people should speak up when they suffer discrimination. (Xiara Mercado via AP)

Mass shootings have Latinos worried about being targets

When Michelle Otero arrived at an art show featuring Mexican-American women, the first thing she did was scan the room. Two exits. One security guard. Then she thought to herself: If a shooter bursts in, how do my husband and I get out of here alive?