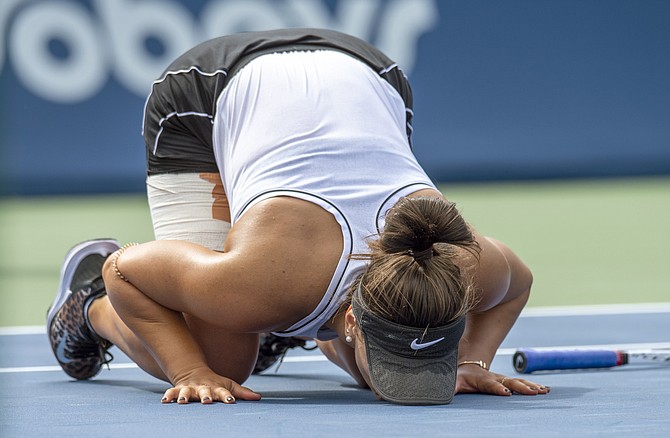 Teenager Bianca Andreescu advanced to the Rogers Cup title match with a 6-4, 7-6 (5) victory over Sofia Kenin on Saturday, becoming the first Canadian in 50 years to make the women's final.