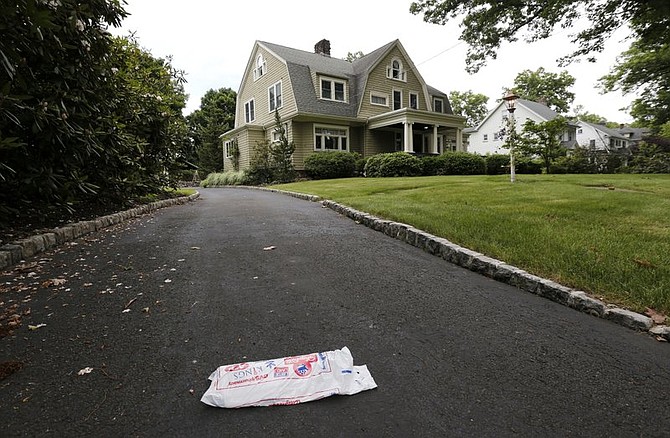 In this June 25, 2015, file photo, a newspaper rests on the driveway of the home of Derek and Maria Broaddus in Westfield, N.J. Derek and Maria Broaddus bought the Westfield home for $1,355,657 in 2014, but they didn't move in after receiving the first of four letters from the anonymous stalker. NJ.com reports Andrew and Allison Carr purchased it for $959,360. It was originally listed for $1.25 million in 2016. (AP Photo/Julio Cortez, File)

Home sells for $400K less than purchase after threat to kids

A New Jersey house whose current owners were scared off the property by a series of threatening letters has sold for $400,000 less than the owners paid.