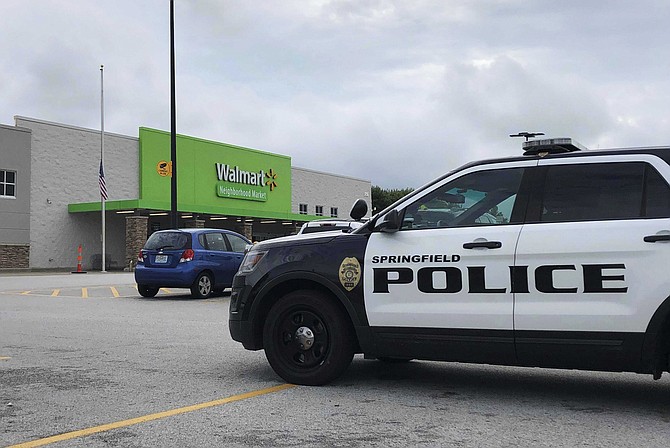 Springfield police respond to a Walmart in Springfield, Mo., Thursday afternoon, Aug. 8, 2019, after reports of a man with a weapon in the store. Police in Springfield, Missouri, say they have arrested an armed man who showed up the Walmart store wearing body armor, sending panicked shoppers fleeing the store. (Harrison Keegan/The Springfield News-Leader via AP)

Walmart removes images of violence in stores after shooting

Walmart is removing from all of its stores signs, displays or videos that depict violence following a mass shooting at an El Paso, Texas, store that killed 22 people.