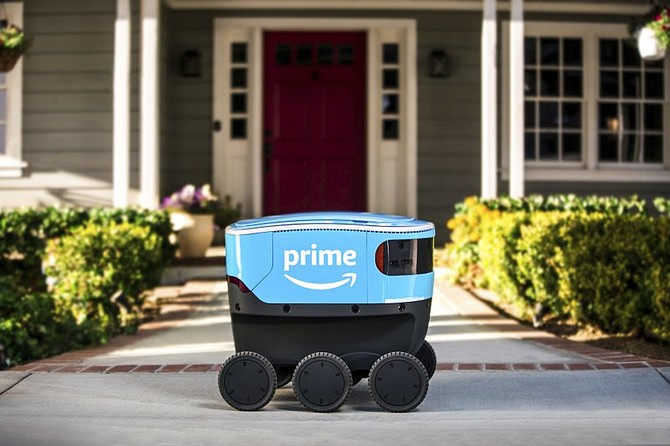 FILE - This undated photo provided by Amazon shows a self-driving delivery robot that Amazon is calling Scout. Amazon is expanding the use of its self-driving delivery robots to a second state.
The online shopping giant says the six-wheeled robots, about the size of a Labrador, will start delivering packages to customers in Irvine, Calif. Amazon.com Inc. has been testing them in a Seattle suburb since the beginning of the year. (Amazon via AP, File)

Amazon’s self-driving robots will be roaming the streets of another neighborhood.