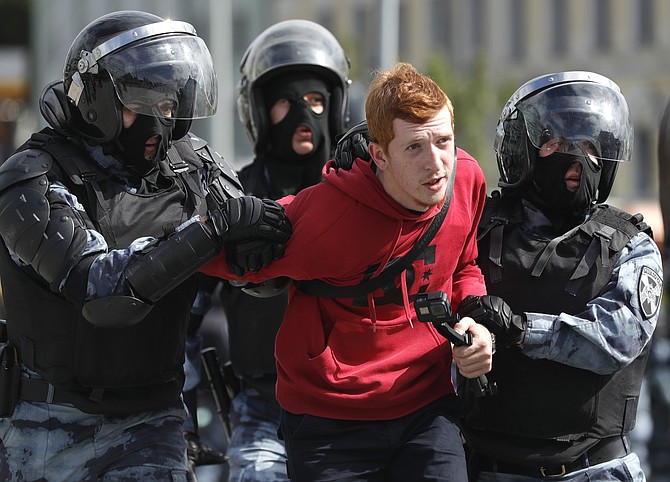 Police officers detain a protestor during an unsanctioned rally in the center of Moscow, Russia, Saturday, Aug. 3, 2019. Police in Moscow have detained a leading opposition figure as she was heading to an unauthorized rally and march protesting the exclusion of independent and opposition candidates from the Moscow city council election. Lyubov Sobol, who is one of the aspirants rejected from the ballot, has been detained in central Moscow and taken away in a police van. Police have detained dozens of other demonstrators. (AP Photo/ Pavel Golovkin)

Protesters once again took to the streets of Moscow Saturday, decrying the exclusion of some independent and opposition candidates for upcoming city council election that has shaken up Russia's political scene.