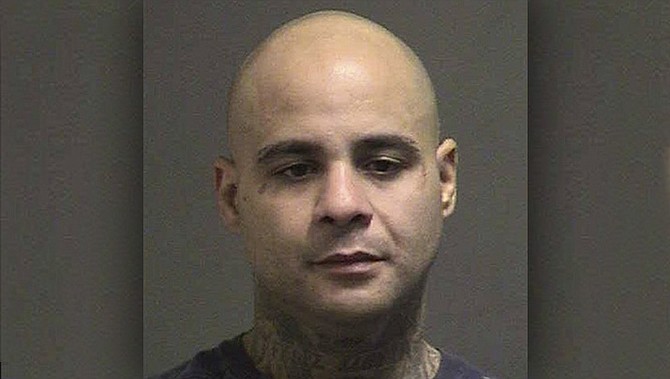 According to police, Felipe Oquendo, who admitted he was smoking methamphetamines earlier in the day, attacked a bedroom mattress with a bed post and his bare hands, believing a man was hiding inside it. (Okaloosa County Sheriff's Office via AP)

An apparently hallucinating Florida man used a bedpost to attack a mattress where he thought a man was hiding.