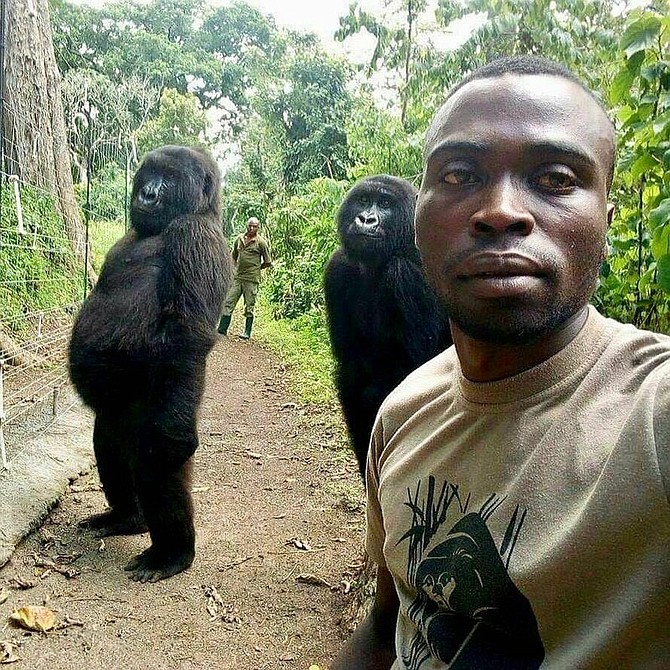 A park ranger in Congo has described how he captured a selfie with two gorillas that went viral.