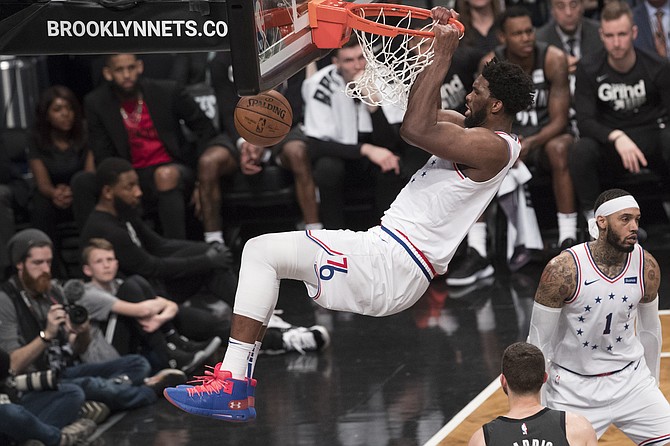 Philadelphia 76ers center Joel Embiid dunks during the second half of Game 4 of a first-round NBA basketball playoff series against the Brooklyn Nets, Saturday, April 20, 2019, in New York. (Mary Altaffer/AP)

Joel Embiid had 31 points and 16 rebounds, and passed to Mike Scott for the go-ahead 3-pointer with 18 seconds left as the Philadelphia 76ers beat the Brooklyn Nets 112-108 on Saturday to take a 3-1 series lead.