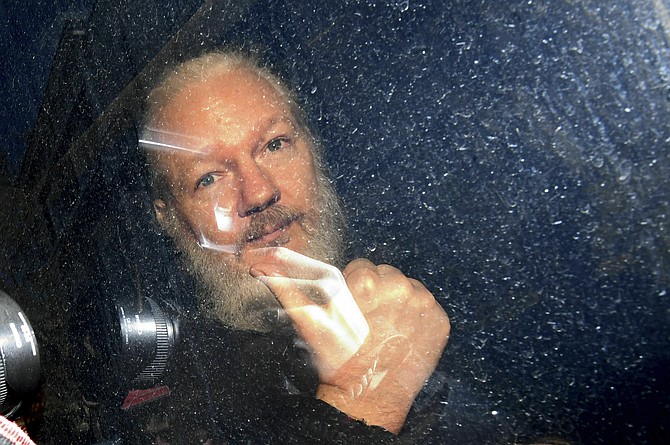 Julian Assange gestures as he arrives at Westminster Magistrates' Court in London, after the WikiLeaks founder was arrested by officers from the Metropolitan Police and taken into custody Thursday April 11, 2019. Police in London arrested WikiLeaks founder Assange at the Ecuadorean embassy Thursday, April 11, 2019 for failing to surrender to the court in 2012, shortly after the South American nation revoked his asylum .(Victoria Jones/PA via AP)

LONDON — WikiLeaks founder Julian Assange was forcibly bundled out of the Ecuadorian Embassy in London and into a British police van on Thursday, setting up a potential court battle over attempts to extradite him to the U.S. to face charges related to the publication of tens of thousands of secret government documents.