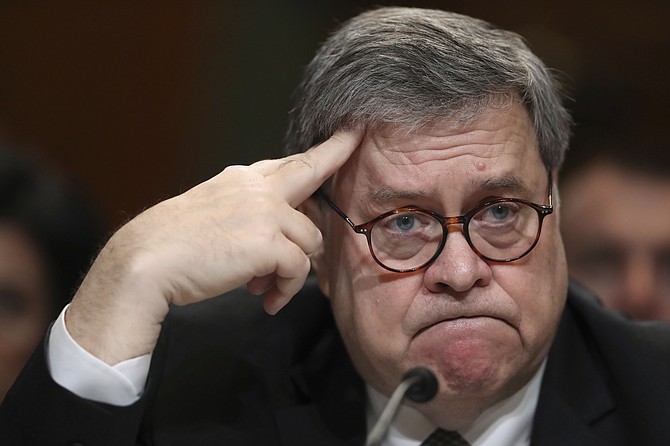 Barr says 'I think spying did occur' on Trump campaign

WASHINGTON — Attorney General William Barr declared Wednesday he thinks "spying did occur" on Donald Trump's presidential campaign, suggesting the origins of the Russia investigation may have been mishandled and aligning himself with the president at a time when Barr's independence is under scrutiny.