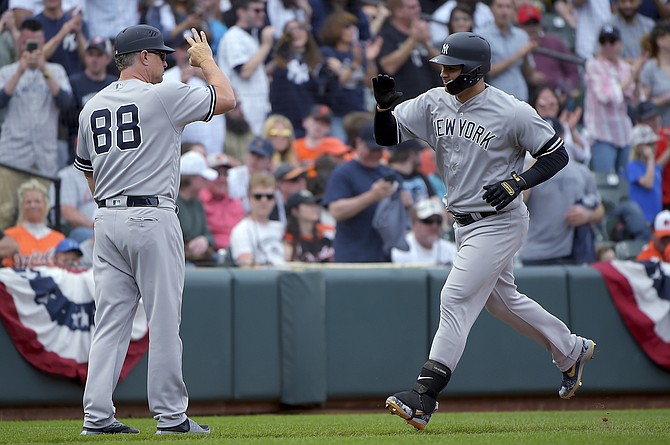 New York Yankees designated hitter Gary Sanchez (24) celebrates with third base coach Phil Nevin (88) after hitting a home run during the ninth inning of the team's baseball game against the Baltimore Orioles, Sunday, April 7, 2019, in Baltimore. (Will Newton/AP)

BALTIMORE — Gary Sánchez hit three of the Yankees' seven home runs, their most on the road since 1961, and New York completed a three-game sweep to move back above .500 at 5-4.