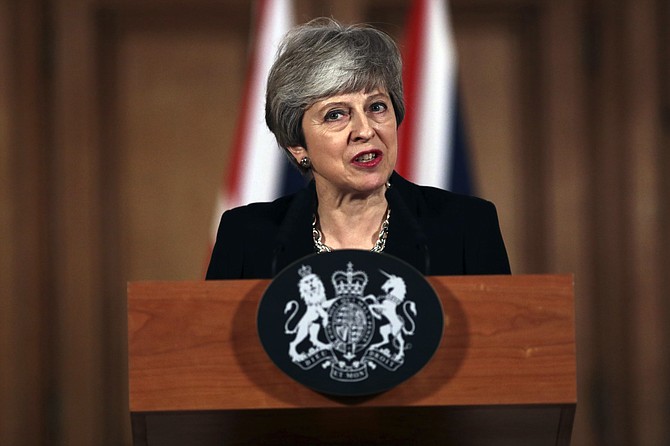 Britain's Prime Minister Theresa May gives a press conference outside Downing Street, in London, Tuesday, April 2, 2019. May said Tuesday that she will seek to further delay Britain's exit from the European Union and seek to make an accord with the political opposition in a bid to break the Brexit impasse. (Jack Taylor/Pool Photo via AP)

LONDON — With Britain racing toward a chaotic exit from the European Union within days, Prime Minister Theresa May veered away from the cliff-edge Tuesday, saying she would seek a further delay to Brexit as U.K. politicians sought a compromise solution to the crisis.