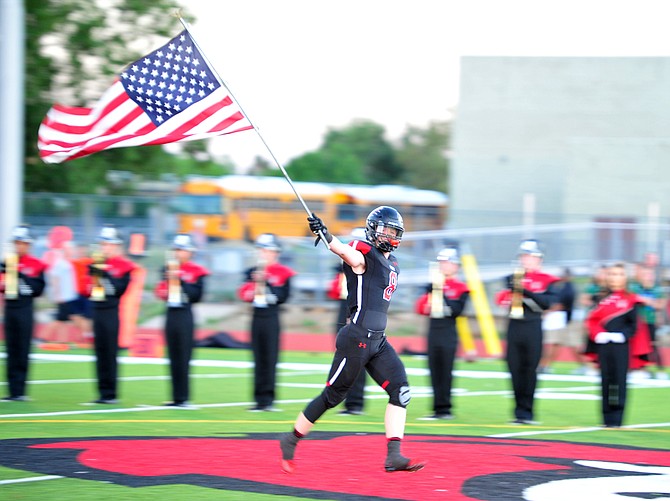 Bradshaw Mountain's Connor Scott (8) brings out the American Flag as the Bears take on the Youngker on Aug. 31, 2018, in Prescott Valley. The Bears are 6-0 this season and are currently ranked No. 2 in the 4A conference power point rankings, which were released Tuesday, Sept. 25, 2018. Bradshaw Mountain faces Flagstaff on Friday, Sept. 28. Kickoff is set for 7 p.m. (Les Stukenberg/Courier, file)

PRESCOTT VALLEY — It was no surprise Bradshaw Mountain found itself atop the Grand Canyon Media Football Poll for Week 7 after a 28-14 win over Coconino last week.