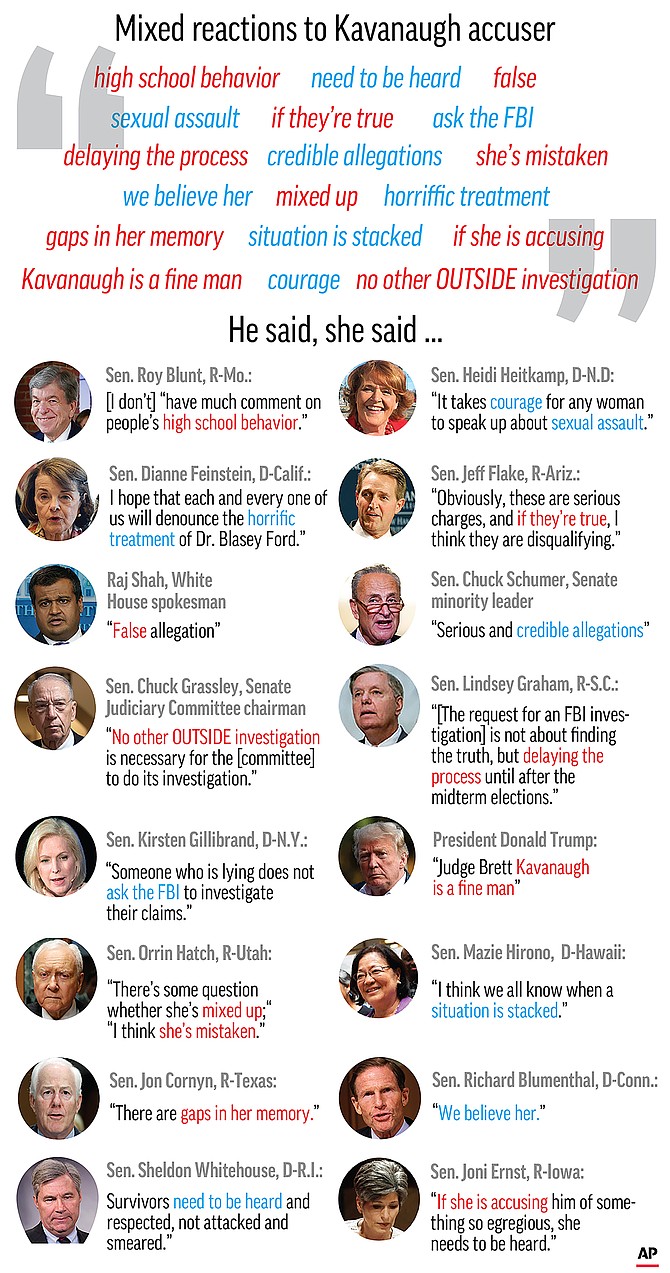 This chart illustrates the mixed reactions from politicians to the allegations of sexual assaut against Judge Brett Kavanaugh. (AP)

GOP, Kavanaugh accuser in standoff over her Senate testimony

WASHINGTON — A high-stakes standoff between Republicans and the woman accusing Brett Kavanaugh of a three-decade-old sexual attack stretched into the weekend after the Senate Judiciary Committee chairman said his panel would vote Monday on Kavanaugh's Supreme Court nomination without a deal on her conditions for testifying.