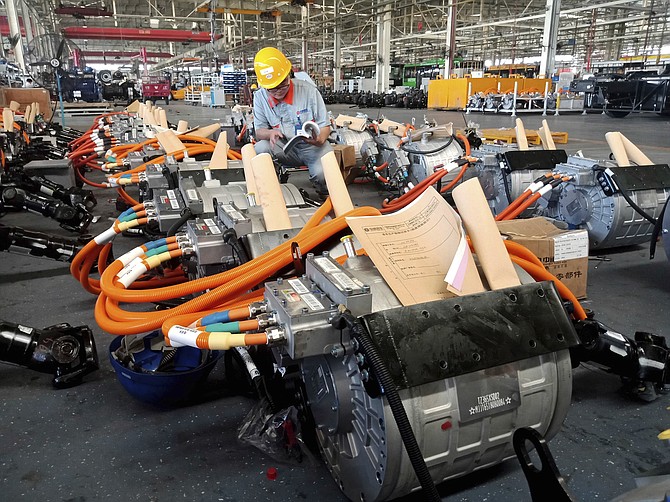 In this Aug. 29, 2018, photo, a man works in an auto parts factory in Liaocheng in eastern China's Shandong province. The Trump administration announced Monday, Sept. 17, 2018, that it will impose tariffs on $200 billion more in Chinese goods starting next week, escalating a trade war between the world's two biggest economies and potentially raising prices on goods ranging from handbags to bicycle tires. (Chinatopix via AP)

China raises tariffs on $60B of US goods in technology fight

China on Tuesday announced a tariff hike on $60 billion of U.S. products in response to President Donald Trump's latest duty increase in a dispute over Beijing's technology policy.