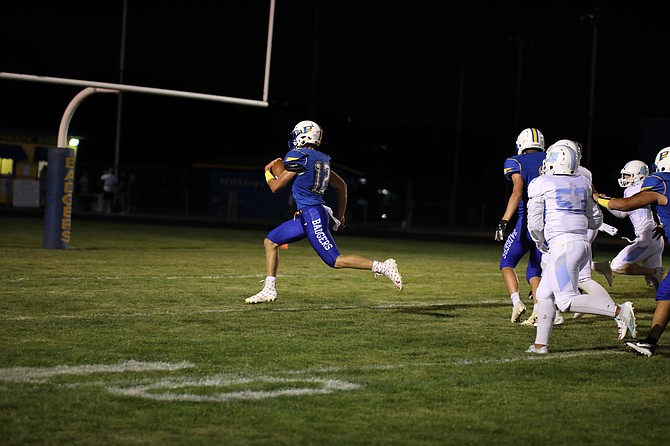 Prescott quarterback Austin Clark (12) sprints across the goal line for a touchdown, one of his school-record seven rushing touchdowns in a 56-7 win over Deer Valley on Friday, Sept. 7, 2018, in Prescott. (Jim Clark/Courtesy)

PRESCOTT — Quarterback Austin Clark had 24 carries for 398 yards and a school-record seven rushing touchdowns as Prescott football recorded its second-straight blowout win with a 56-7 victory over Deer Valley on Friday night.