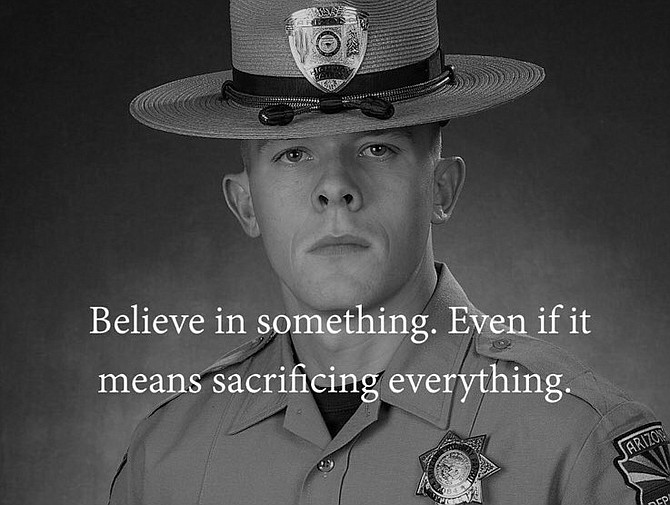 Col. Frank Milstead, head of the Arizona Department of Public Safety, slammed Nike's "Just Do It" campaign from his personal Twitter account without mentioning Kaepernick by name. Milstead tweeted late Wednesday a picture of a DPS trooper killed in July with words from a Nike ad written over it. (Twitter @frank_milstead)

The head of the Arizona Department of Public Safety is weighing in on Nike's endorsement deal with Colin Kaepernick (KAP'-ur-nihk).