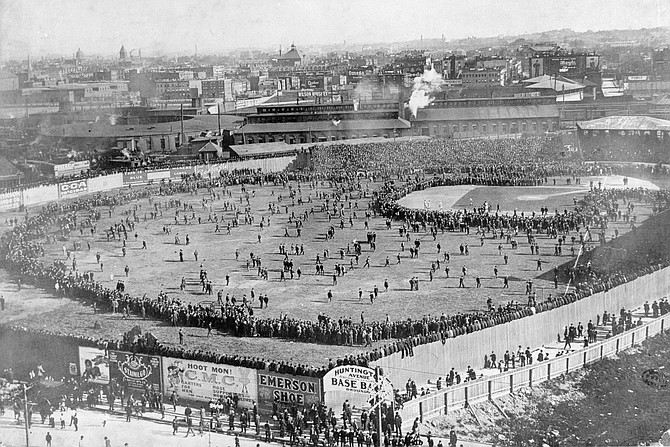 This aerial view shows the Huntington Avenue Baseball Grounds during the first World Series game between the Boston Pilgrims and the Pittsburgh Pirates in Boston, Ma., on Oct. 1, 1903. The Pirates defeated the Pilgrims in game one, 7-3. Boston went on to win the first American League versus the National League World Series, five games to three. (AP)

Guzzardi: Rewinding back to 1903 and the first World Series

World Series managers Dave Roberts and Alex Cora had novel pre-game calculations to ponder before the series ended with Boston claiming the title this past weekend.