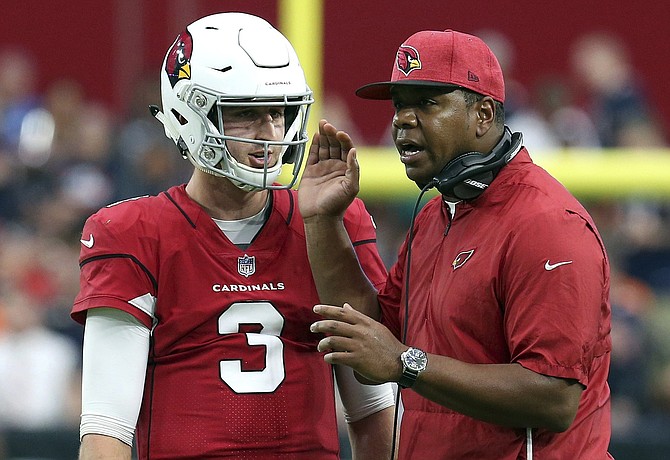 Arizona Cardinals rookie quarterback Josh Rosen talks with then-quarterbacks coach Byron Leftwich during the second half of the team's game against the Chicago Bears Sunday, Sept. 23, 2018, in Glendale, Ariz. Leftwich, who has been promoted to offensive coordinator, is the fifth coordinator that Rosen has had in the past five seasons. (Ralph Freso/AP file)

TEMPE — A disciple of Bruce Arians is now in charge of the Arizona Cardinals offense. Whether Byron Leftwich can awaken that slumbering unit remains to be seen.