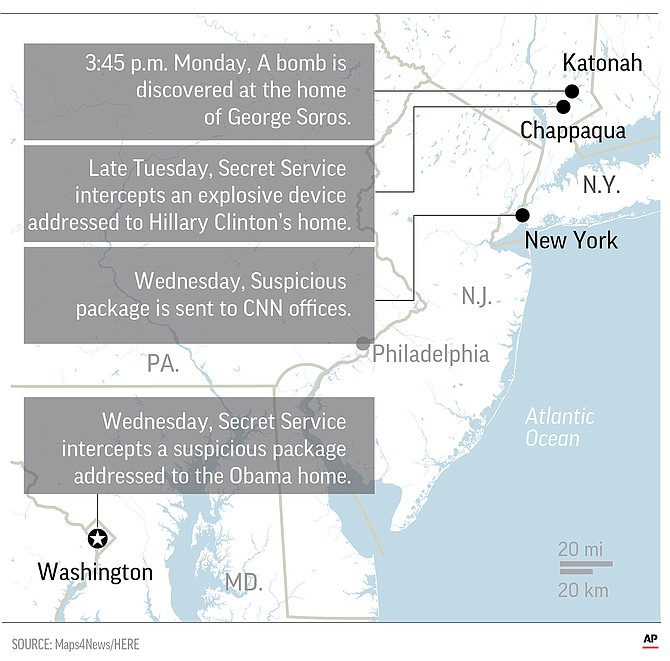 The U.S. Secret Service intercepted a bomb that was addressed to Hillary Clinton at her Chappaqua, New York, home and a possible explosive that was sent to former President Obama in his home in Washington. (AP)