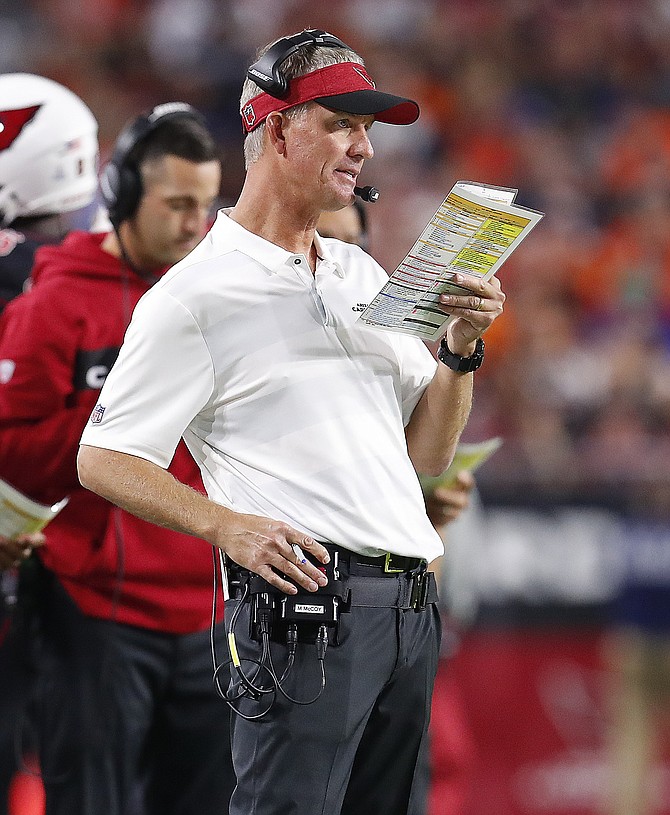 Former Arizona Cardinals offensive coordinator Mike McCoy call a play during the first half of an NFL football game against the Denver Broncos, Thursday, Oct. 18, 2018, in Glendale, Ariz. The Cardinals announced Friday, Oct. 19, 2018, that McCoy has been relieved of his duties and that quarterbacks coach Byron Leftwich will assume his position. (AP Photo/Ralph Freso)

TEMPE — The Arizona Cardinals fired offensive coordinator Mike McCoy a day after the team was blown out at home by the Denver Broncos on national television.