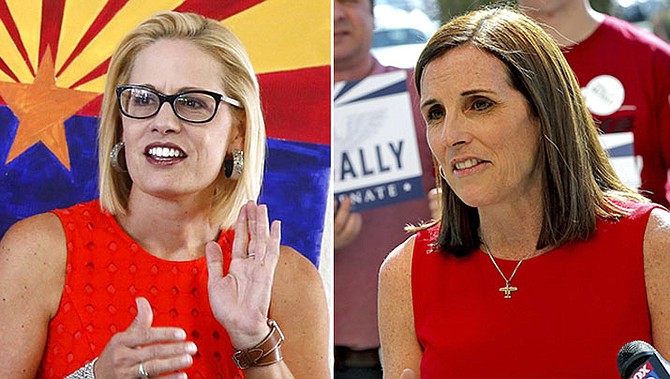 PHOENIX — A contentious race that will end with Arizona's first female U.S. senator and a governor's race featuring Republican Doug Ducey against challenger Democrat David Garcia as Ducey seeks a second term top the ticket in the state's 2018 general election.

The race to pick a new U.S. Senator from Arizona underscores the tenor, tactics and tightness of the 2018 midterm elections.

McSally, Sinema face each other in Arizona Senate debate

Two congresswomen will face off in the sole Arizona Senate debate Monday evening, capping a contest that could determine which party controls the U.S. Senate. The race pits two triathletes and congresswomen against each other who have won multiple elections in swing districts.