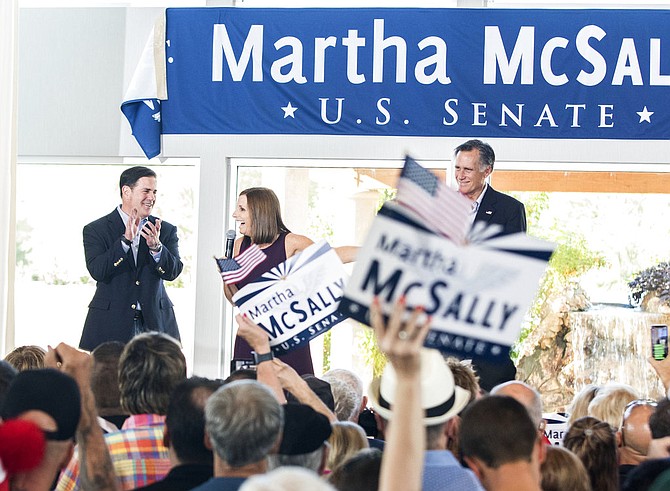 McSally, Romney urge crowd to get out the vote in Arizona

Republican Senate candidate Martha McSally had a boost from GOP stalwart Mitt Romney as the two urged energized supporters at an Arizona rally Friday to help her win a "dead heat" race.