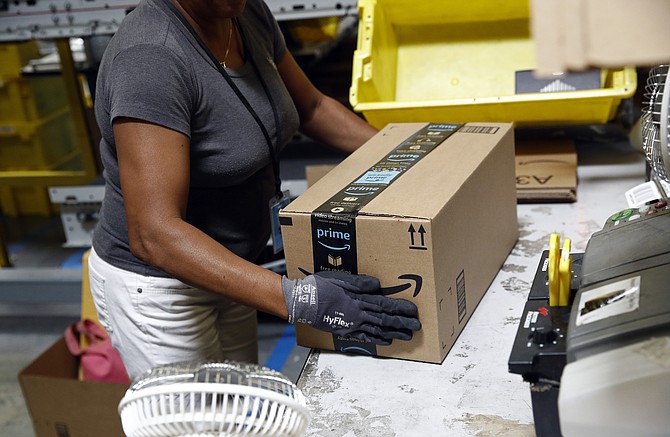 In this Aug. 3, 2017, file photo, Myrtice Harris applies tape to a package before shipment at an Amazon fulfillment center in Baltimore. Amazon’s announced Tuesday, Oct. 2, 2018, that it would raise its hourly minimum wage to $15. Those who already made $15 will get an extra dollar an hour when the change is made next month, but they will also lose two benefits they relied on: monthly bonuses that could top hundreds of dollars and a chance to own Amazon’s sky-rocketing stock, currently worth nearly $2,000. (Patrick Semansky/AP, File)

Amazon’s $15 an hour a win? Not so, some veteran workers say

Amazon’s announcement that it would raise its hourly minimum wage to $15 has been seen as a win for workers. But some longtime employees say they are losing out.