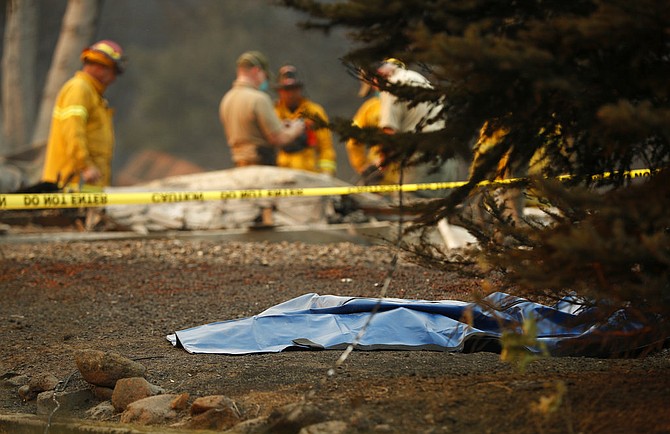 A bag containing human remains lies on the ground as officials continue to search at a burned out home at the Camp Fire, Sunday, Nov. 11, 2018, in Paradise, Calif. (AP Photo/John Locher)

As wildfires raged at both ends of California, officials released another grim statistic: Six more dead in a swath of Northern California wiped out by fire, raising the death toll there to 29. It matched California's record for deaths in a single fire and brought the statewide total to 31 as authorities stepped up searches for bodies and missing people.