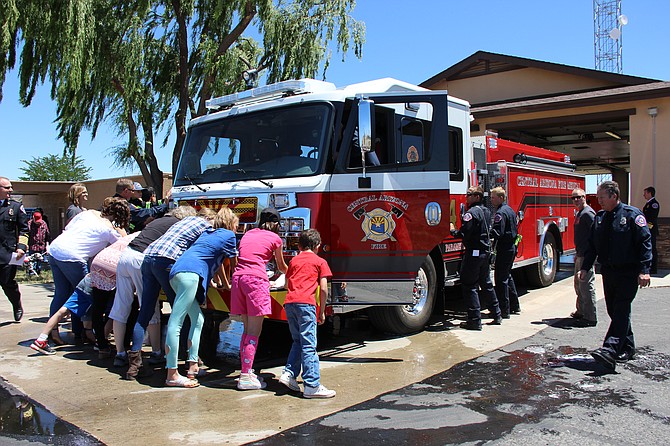 Central Arizona Fire and Medical Authority personnel and their family members participate in a fire engine dedication ceremony in Dewey on Thursday, May 24. The ceremony recognized the replacement of Station 54’s fire engine with a new fire engine and included pushing the new fire engine into its quarters for its first time in service. (Max Efrein/Courier)