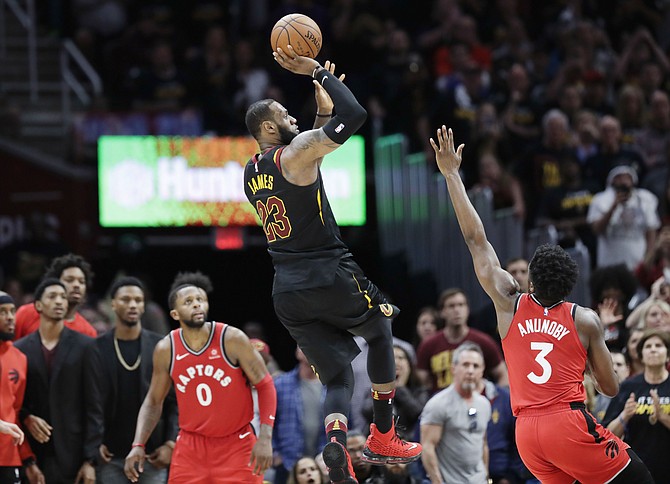 Cleveland Cavaliers' LeBron James (23) hits the game-winning shot as Toronto Raptors' CJ Miles (0) looks on during the second half of Game 3 of an NBA basketball second-round playoff series, Saturday, May 5, 2018, in Cleveland. The Cavaliers defeated the Raptors 105-103. (Tony Dejak/AP)

CLEVELAND — LeBron James banked in a running one-hander at the buzzer, giving Cleveland a 105-103 win over Toronto on Saturday night in Game 3 and shoving the Raptors to the edge of their most devastating playoff exit.

By Courier Sports May 5, 2018
Tweets by @TheDailyCourier
Event Calendar