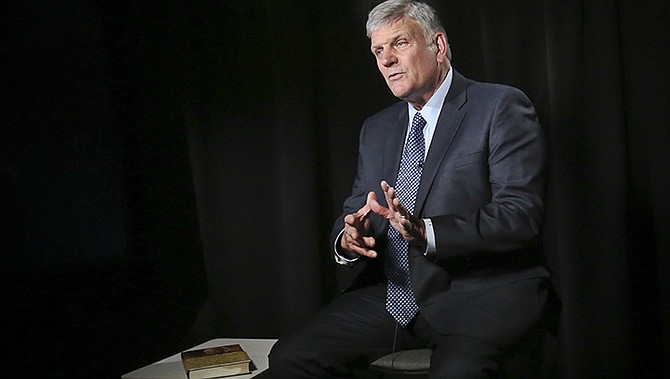 In this May 1, 2018, photo, the Rev. Franklin Graham speaks during an interview about his latest book "Through my Father's Eyes," about his father the late evangelist Billy Graham in New York. Billy Graham's oldest son, Franklin, says his new book about his father is meant to share lessons he learned from the man known as "America's Pastor." (AP Photo/Bebeto Matthews)

Before the 2016 elections, Billy Graham's son went to the evangelist's mountain home, seeking advice before a 50-state tour to pray with Christian voters.