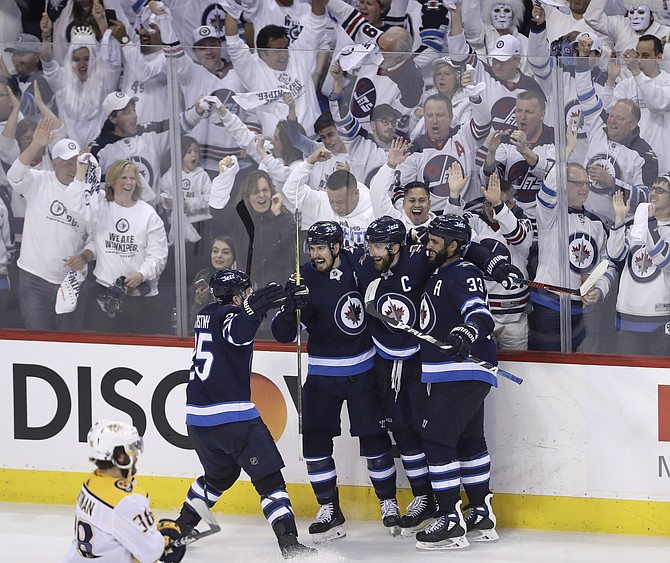 WINNIPEG, Manitoba — Blake Wheeler scored on the power play with 4:59 to play and the Winnipeg Jets roared back from an early 3-0 deficit to defeat the Nashville Predators 7-4 on Tuesday night and grab a 2-1 lead in their second-round playoff series.

By Associated Press May 2, 2018
Tweets by @TheDailyCourier
Event Calendar