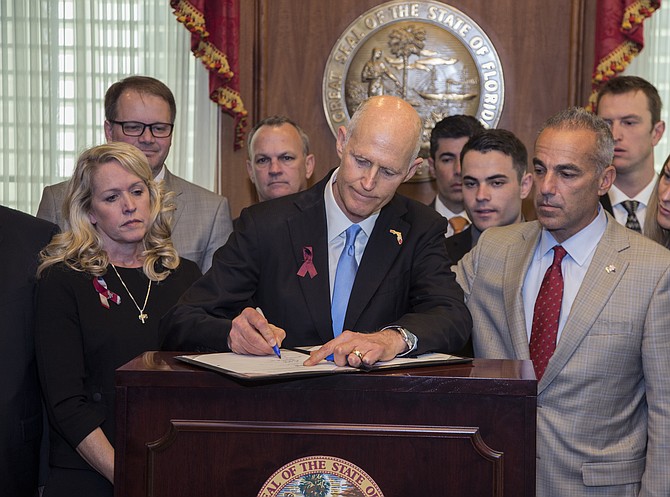 Weeks after their children were gunned down in the worst high school shooting since Columbine, parents of the victims stood in the Florida Capitol and watched Gov. Rick Scott sign a far-reaching bill that places new restrictions on guns.