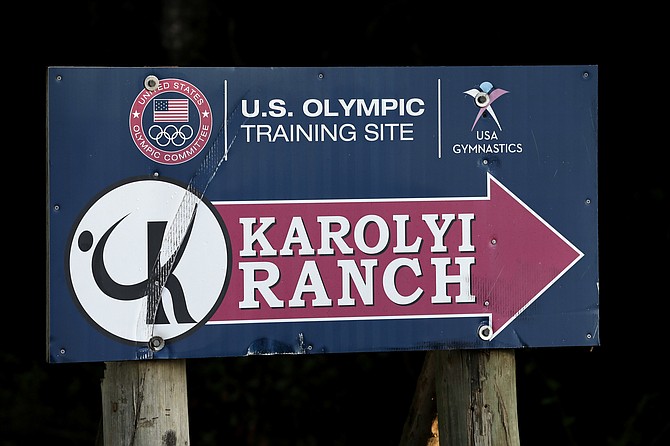 In this June 29, 2012, file photo, Bela Karolyi, left, and his wife, Martha Karolyi, talk on the arena floor before the start of the preliminary round of the women's Olympic gymnastics trials in San Jose, Calif. Investigators in Texas on Friday, June 29, 2018, are expected to address allegations of criminal behavior by disgraced former sports doctor Larry Nassar at the famed gymnastics training center in Texas that was run by the Karolyis. The facility has since closed and Nassar has been imprisoned for life. (AP Photo/Gregory Bull, File)

Texas prosecutors on Friday filed sexual assault charges against Larry Nassar and a trainer who worked at his side, expanding the worst abuse scandal in U.S. sports history beyond Michigan while also clearing world-renowned gymnastics coaches Bela and Martha Karolyi whose ranch served as a training site for Olympians.